Translator for English, German and Spanish in Berlin. 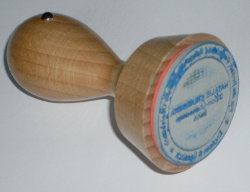 The sworn translator is a translator specializing in the field of certified document translations.

As an official translator he/she is authorized to certify his/her translations of documents, certificates and deeds.

As a general rule, translation are bindung and officially recognized only if they are issued with the due certification.

This means that translations for official purposes such as marriage, university enrollment, inheritance or adoption generally have to be performed by a sworn translator.

The sworn translator certifies the translation.

Sworn translators are obliged by their oath to elaborate translations that are faithful to the original.

In order to attest that the translation is correct and complete, the authorized translator adds a certification note at the bottom of the translation.

In addition, the certification is provided with the certified translator’s signature and stamp.

Authorization as a sworn translator

Becoming a “sworn translator” implies being authorized or appointed by the competent authority of a country or region.

In Germany, translators have to take an oath at the respective Regional Court. The authorization also requires solid proof of the translator’s professional qualifications and personal elegibility.

“Sworn translator”, “certified / public / authorized / official translator” – all these terms are correct and denominate a translator performing translations for official and legal purposes. in effect, the appropriate usage of the term depends on the country concerned and the procedure used to appoint official translators.

How to find a sworn translator

In the internet, several search portals are available to find sworn translators for any common language: